Tell People What God Has Done - At Christmas - And Also Throughout The Year! Tell people the true meaning of the birth of Jesus - the miracle of who came - and how He came - and who He came to - and why He came.
It is the celebration of an invasion of God, splitting history into AD and BC. This was God coming to earth. Colossians Chapter 1 verses 15 and 16.
God was invading this world, and that is what the increasing battle is about just now.
Many are prepared to admit that Jesus was a good man - but - Jesus never claimed to be a good man.
He claimed to be God. If you have seen me you have seen God. The Scriptures testify to that.
The Son of God was there at Creation - read the opening words in Genesis, and the opening words of the Gospel of John.
John Chapter 10 verse 30 - this is the reference point for everything we do. "I and the Father are one."
This was God coming to earth.
God became a man - Philippians Chapter 2 verses 6 to 8 - and you cannot become any smaller than a baby.
God could have revealed Himself in various ways, but He entered our world in the same way as we enter this world - by birth.
God came to save us and not to scare us.
God became one of us. He was a real man - and Jesus went on to change the world, by changing and transforming people - and we are still involved in that transformation.
He was born like us. He grew up like us. He grew in wisdom and stature - physically and socially.
He was tempted like us. He faced the same pressures as we face, and He did not sin.
Jesus Christ is not some distant figure.
We cannot say - God, You do not know what it is like to live here.
He did. He knows. He suffered just like we suffer. He suffered pain - disappointment - criticism - rejection - grief - weariness and tiredness.
God made you - to love you - and He wants you to love Him back.
He came down to ordinary common people - not for a select few. He came for all of us.
He was born in a very ordinary place, and His first visitors were shepherds.
Shepherds were not heroes in these days - they were zeros - the outcasts of society - and yet, who gets to see Jesus first? The shepherds.
Jesus came and moved into the neighbourhood.
We could not reach up to God, so God came down to reach out to us - to you - to me.
Luke Chapter 2 verse 7 - there was no room. We have to make room for Jesus.
We would like that to expand to the nation but it has never been so, but there have been a few in every age who have made room for Jesus.
Wise men came, some months later - with frankincense and myrrh - spices for preparing bodies for death - and gold too - symbolising His kingship.
Why did Jesus come? Jesus came for your benefit - for my benefit - that I might have life and have it abundantly - and also that I might be saved from my sins, and have my sin forgiven.
Jesus came to tell us the truth. This same risen living Jesus, having been crucified, calls us to know that truth about Him - and to share that truth.
"Help us Loving Father, to draw closer to you over these days. We have so much to tell and share - but we need Your help. We pray for courage and grace to speak and teach - in Jesus Name. Amen."
Sandy Shaw is Pastor of Nairn Christian Fellowship, Chaplain at Inverness Prison, and Nairn Academy, and serves on The Children's Panel in Scotland, and has travelled extensively over these past years teaching, speaking, in America, Canada, South Africa, Australia, making 12 visits to Israel conducting Tours and Pilgrimages, and most recently in Uganda and Kenya, ministering at Pastors and Leaders Seminars, in the poor areas surrounding Kampala, Nairobi, Mombasa and Kisumu.
schedule mars 06, 2020
arrow_forward arrow_back apps 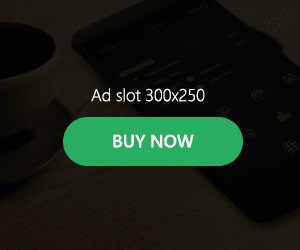